By utilizing the latest technology in live, high definition, interactive web cameras, Saltwater-Recon.com will be the “Know Before You Go” resource for millions of people. Whether boating, fishing, or observing real-time coastal conditions, Saltwater-Recon.com’s array of HD cameras, combined with expert boating, fishing, and weather content will give visitors the information needed to plan a safe and successful day on the water.

In addition to aiding the public with their decision-making, Saltwater-Recon.com aims to provide government entities, such as N.O.A.A., U.S. Coast Guard, National Weather Service, U.S. Army Corps of Engineers, Texas Parks & Wildlife Department, as well as local news and private-sector maritime logistics companies with the information they need to make time-critical and potentially life-saving operational decisions. 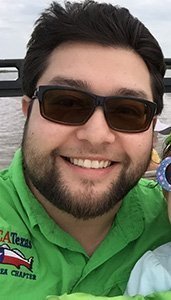 A husband and father of two, he got his B.S. in Administration with a minor in Psychology from Texas State University in 2008, and is one of the co-creators of Saltwater-Recon.com. He is also a proud member of the board of directors of the Cavalla Historical Foundation, conserving and caring for the Naval Destroyer, the USS Stewart, and Gato Class Submarine, the USS Cavalla on Seawolf Park, Galveston. He is a Galveston, TX. BOI and is a first generation American. He has had the good fortune of being able to create this business with the help and support of his loving wife. “We wouldn’t be here without her!” When he’s not busy with work, you will find him fishing with friends, cooking in the kitchen or over the pit, and spending time with his family! He has been working since the age of 15 and couldn’t think of a better way to spend his time than to create ways for Saltwater-Recon.com to make your fishing, boating, and outdoor life the best it can possibly be. “We have some very exciting features being built over the next year and we hope you love what you experience on our site.” -Schmidy 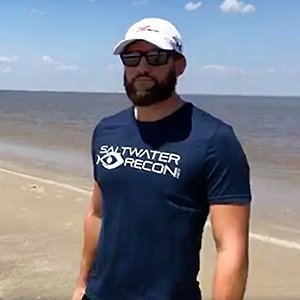 Broc is a passionate, modern renaissance man with a true love for the arts. Born and raised in Galveston, TX, his island roots have remained strong. He graduated Summa Cum Laude from Texas A&M University with a B.S. in Maritime Administration and minored in Economics. He also holds an A.S. degree in Audio Engineering and Music Business. Broc is one of the co-creators of SWR and is the brainchild behind Saltwater-Recon's corporate identity, establishing the company's logo and name. Alongside SWR, he has been heavily involved in business pursuits with Coastyle Threads Fishing Apparel as their VP/CTO and Chief Media Designer. His established musical background has afforded him the opportunity to perform in numerous bands of various genres and roles in groups such as: Lostt, Harbors Over Highways, Mozelle, Adrian's Fault, Brandon McDermott Band, EnValhalla, and Fate City Limits. When he's not out chasing his dreams of being a rockstar, he's most likely fishing, working out, or living life with his beautiful, loving and supportive fiancé, Jenny. "It's a privilege and honor to partner with my childhood friends and pursue our entrepreneurial endeavors of creating one of the most innovative and unique, interactive websites the maritime community has ever seen. So buckle up and hold on! It's going to be a wild ride!" -Broc 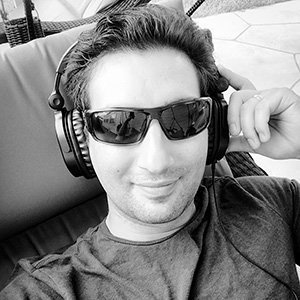 Larry adores his wife and three young children, and has had a very diverse professional background. He graduated in 2007 with his degree in Meteorology from Texas A&M University. He also earned his private pilot's license during that same year and went on to work in commercial real estate as a pilot and analyst for an investment company in Omaha, Nebraska. While there, he used his expertise in meteorology to create all of his flight plans for him and the CEO of the company, and accumulated more than 450 hours of flight time over just 2.5 years. In addition to his real estate career, he also loved living in Tornado Alley for 4.5 years to do as much storm chasing as he could with his wife, Rhozine, as his navigator and spotter. After Omaha, he moved his family back to Houston in 2011 and has enjoyed living in Pearland ever since. He specializes in severe weather forecasting and analysis, and while weather will never be an exact science, he thrives on the challenges of forecasting, and enjoys being staff meteorologist for Saltwater-Recon.com. He is a full-time commercial real-estate finance professional, plays lead guitar in his band Adrian's Fault, and loves spending time fishing and boating in his hometown of Galveston.